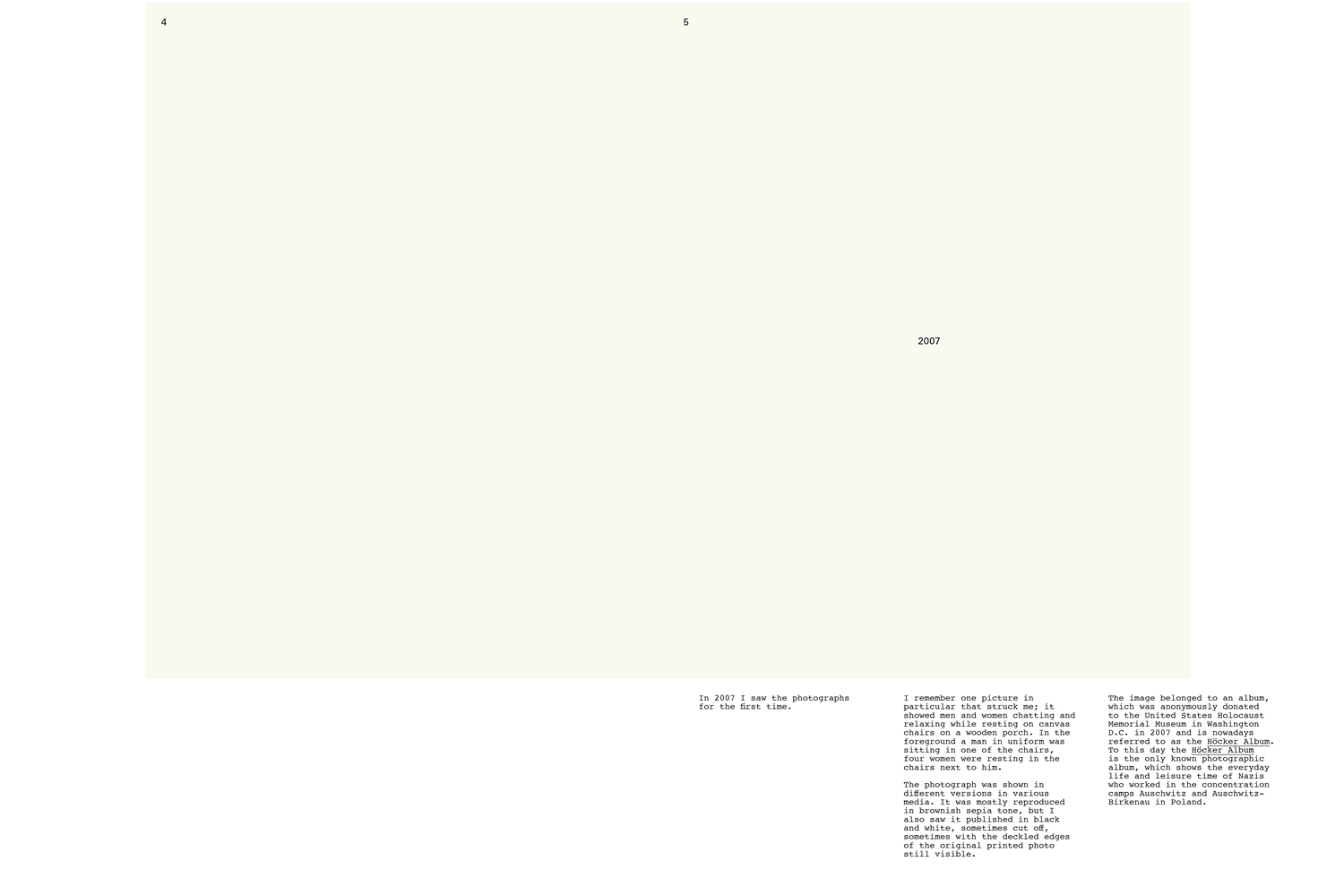 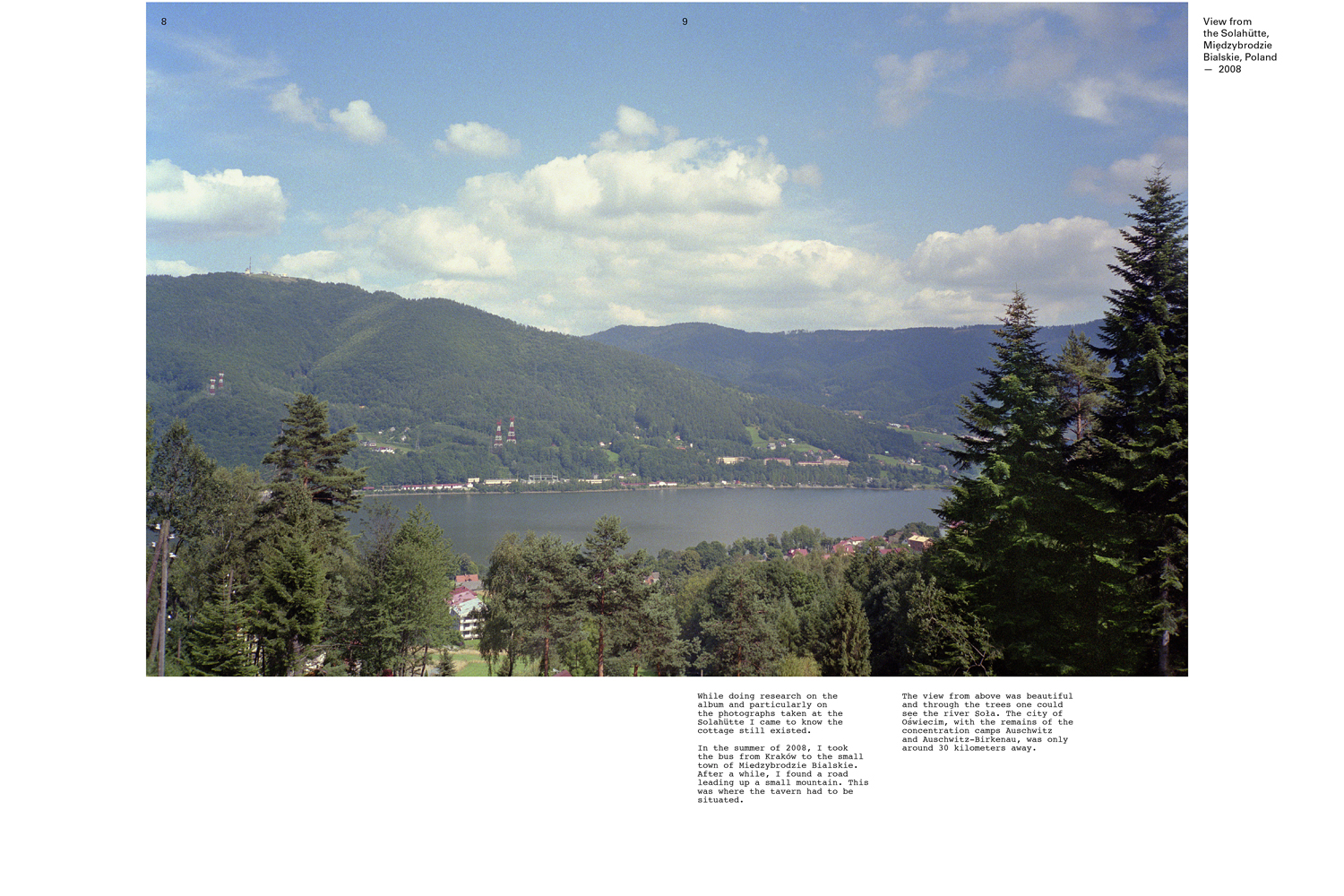 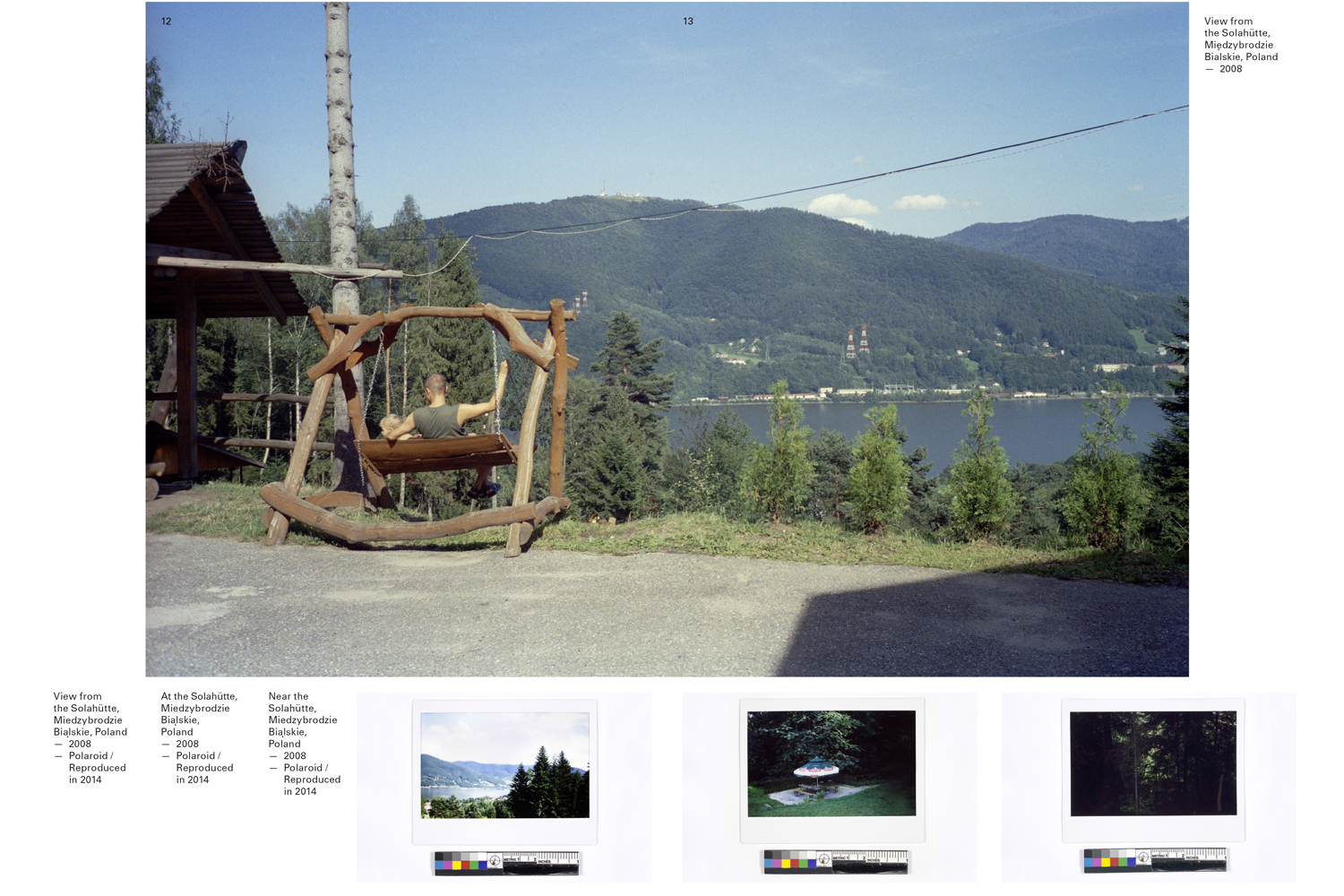 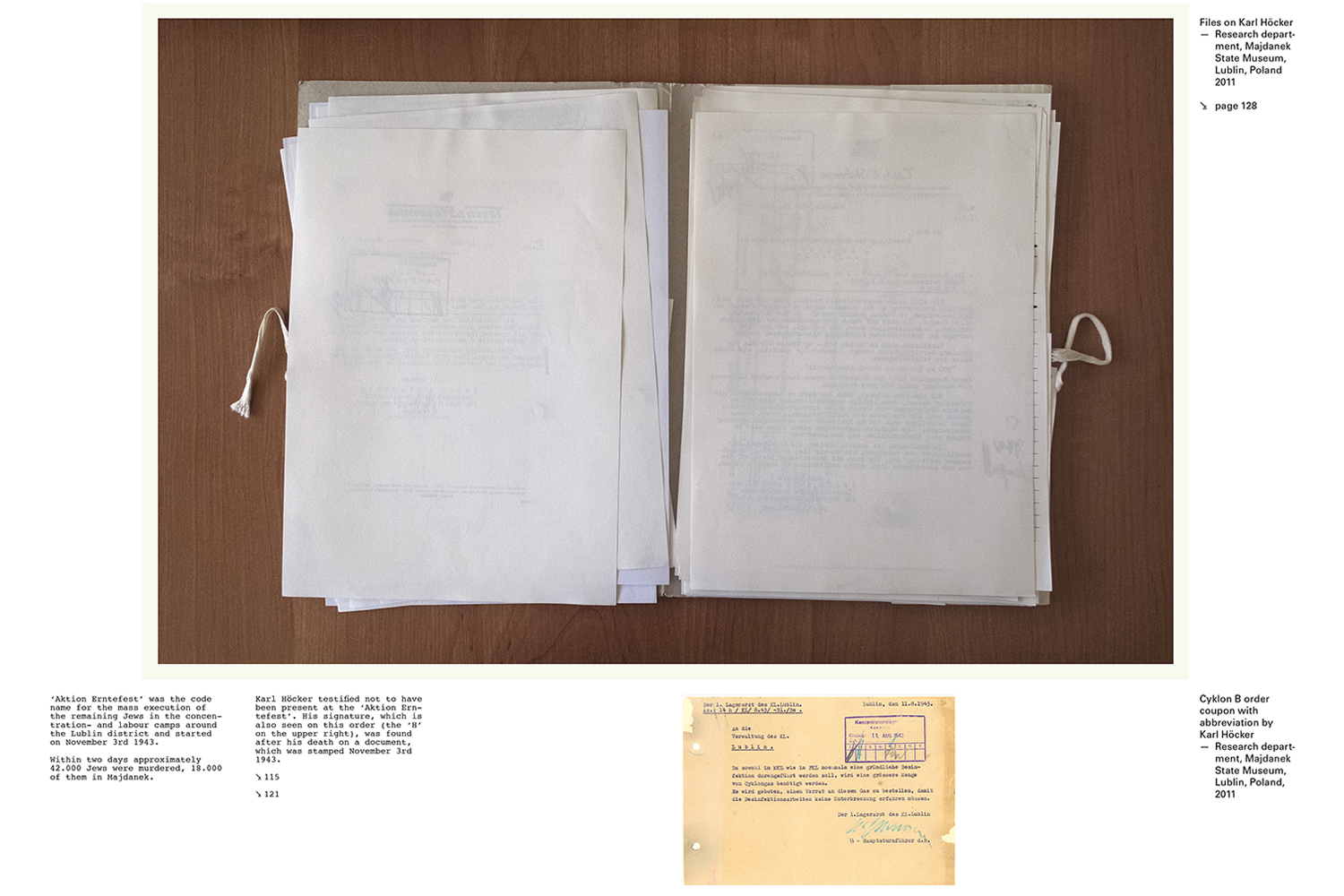 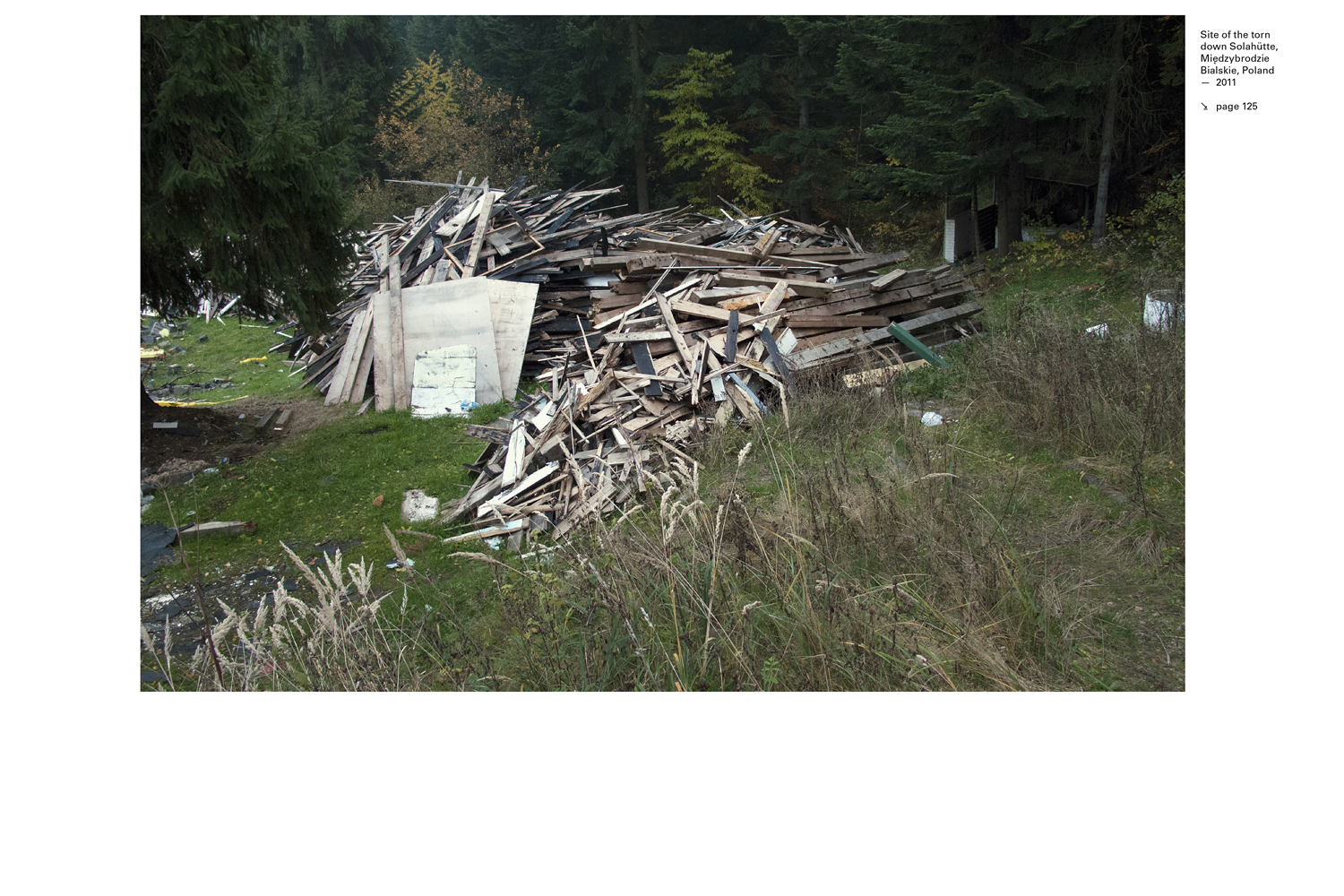 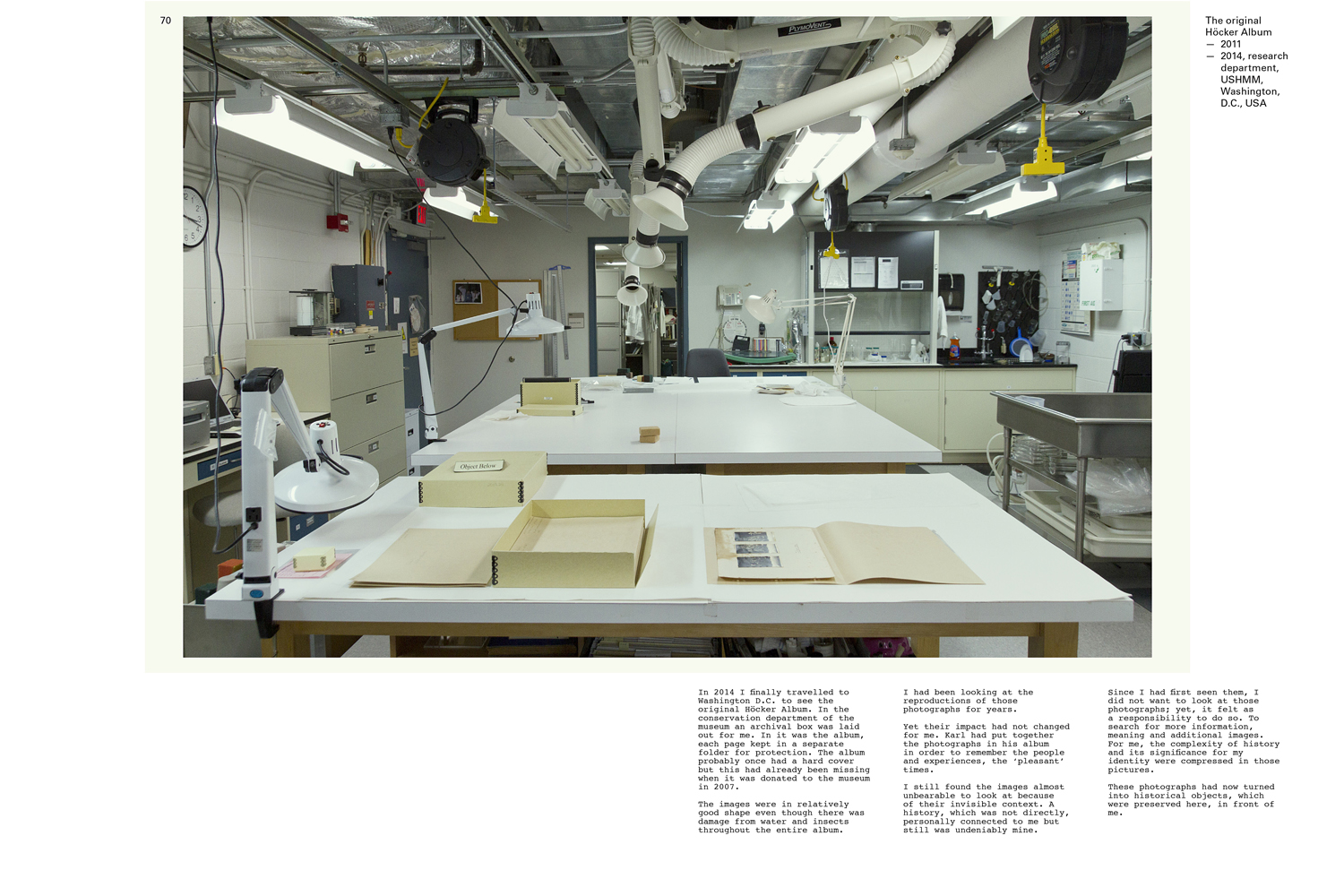 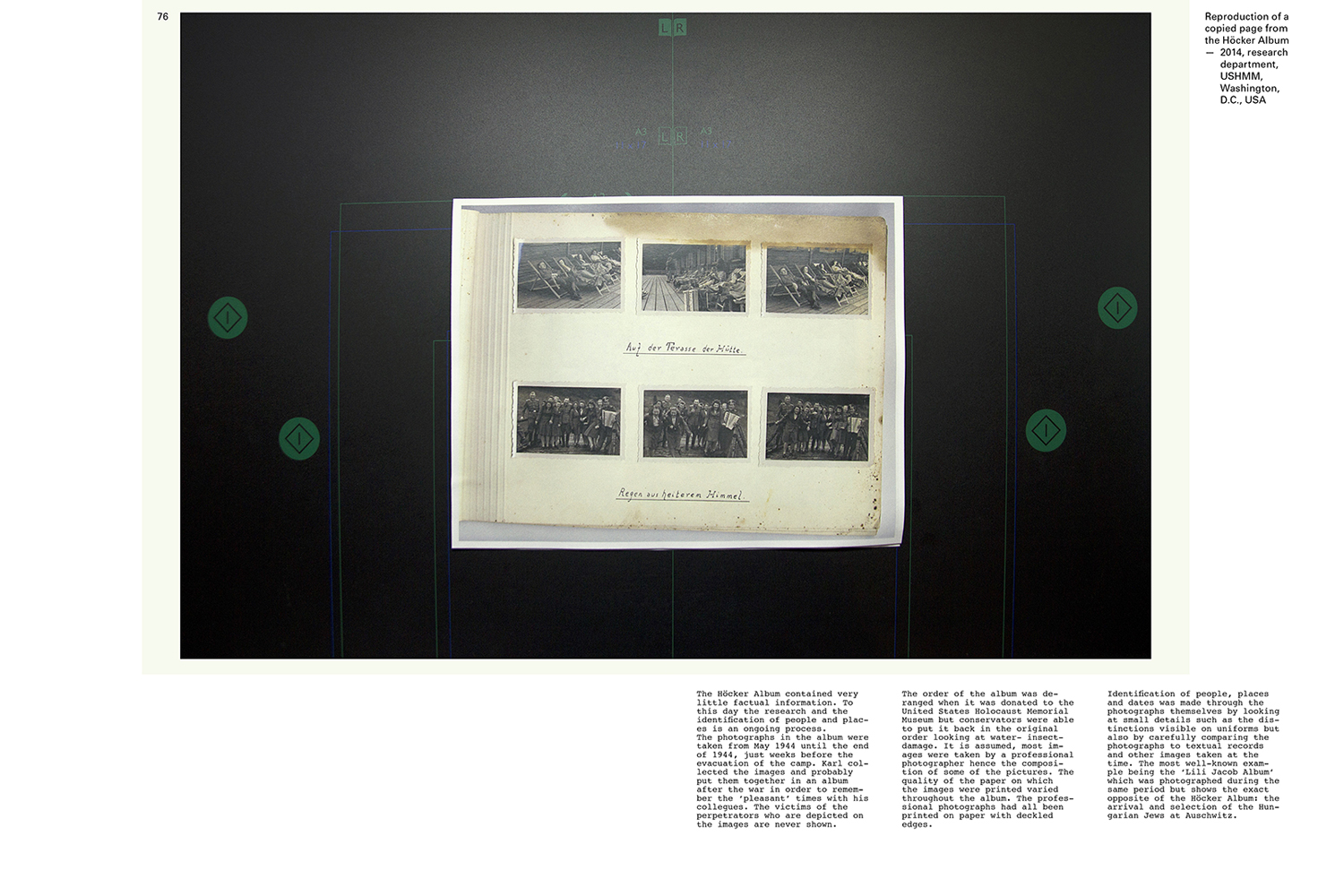 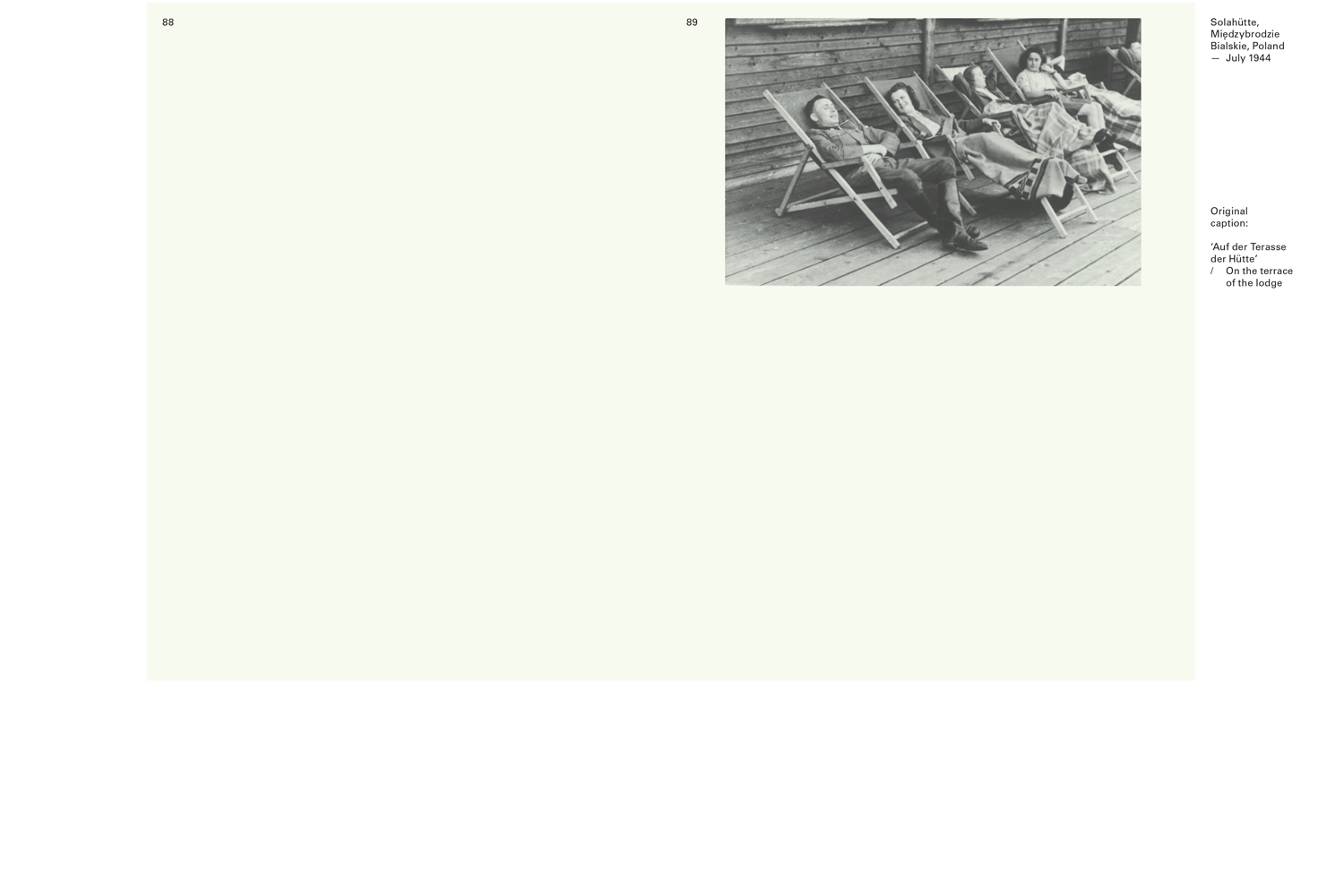 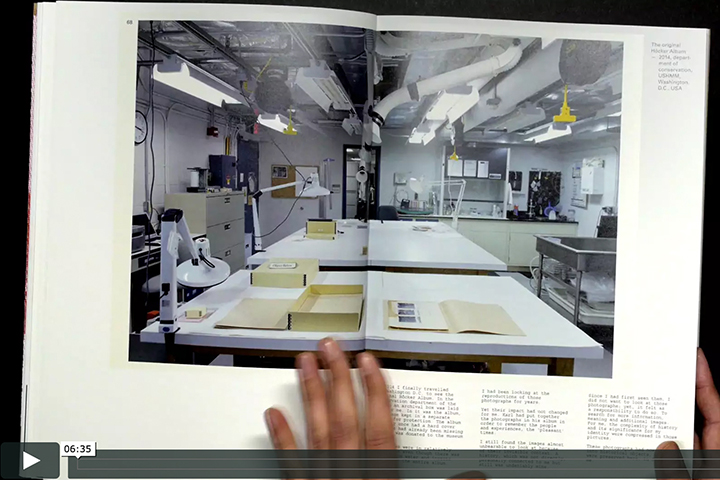 During the 'Browsing Sessions' which were held at Het Wilde Weten Arthur Bueno made this nice video of me browsing
through *(in matters of) Karl*. You can watch it (link: https://vimeo.com/141573791 text: here).

(in matters of) Karl | 2015 | installation and publication
In 2007 a photo album was anonymously gifted to the United States Holocaust Memorial Museum in Washington D.C., its content
stirring world wide media attention. The album contains more than one hundred images depicting the everyday life of Nazis working in the
Auschwitz and Auschwitz-Birkenau concentration camps in Poland.
The album is nowadays referred to as the ‘Höcker Album’ named after its owner: Karl Friedrich Höcker.
The photographs reveal the relationships of high ranking officers and auxiliary personnel, they show the people who are depicted living a
‘normal’ life, detached from the horrendous crimes they committed.

(in matters of) Karl is a research-project about the photo album itself and the historic information shown in the images. Besides, it deals
with the reproduction of images and the representation of historic images and information in archives. The different layers are held together
by the story of the journey I took to realise this work and the confrontation with my own German heritage.

The book was published by Fw:Books in 2015 with design by Hans Gremmen and additional texts bij Christophe Busch and Raymond Frenken.
The book was shortlisted for the Paris Photo Aperture Foundation PhotoBook Awards, and chosen as one of that year’s best photobooks
by TIME Magazine, de Volkskrant, and Photo District News. In 2016 the book was shortlisted for the Photo-Text Award, a new award to reward
the best book combining images and texts, at Photofestival Les Rencontres d'Arles in France and eventually won the Historic Book Award.